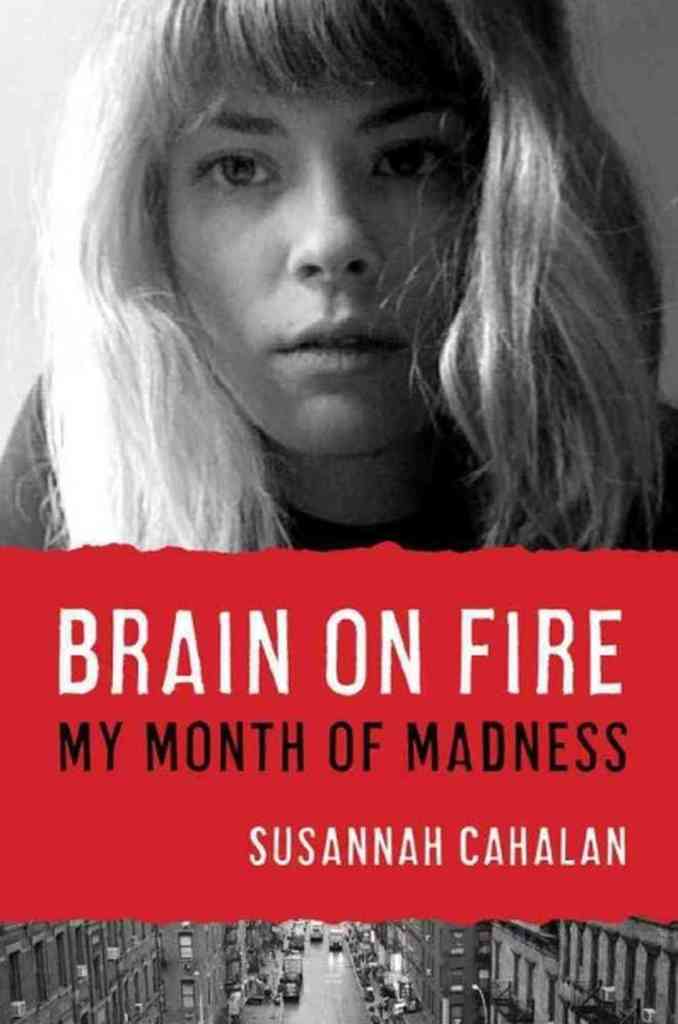 This book came to my attention because another librarian is leading a book discussion on this title. It intrigued me so I read the back of it and decided this would be a good choice for my reading challenge

The basic premise is this: a young reporter for the New York Post starts behaving erratically. She is convinced her apartment is infested with bedbugs despite overwhelming evidence to the contrary. She starts seeing colors more vibrantly, she starts sobbing uncontrollably in public places, and is sure people staring and whispering things to her.

But she isn’t schizophrenic, or even mentally ill. After her psychosis develops into violent behavior and she starts having seizures she is hospitalized. Only after she begins to descend into catatonia does one doctor discover what is wrong with her.

I don’t know if you know anyone with an autoimmune disease. Fibromyalgia, Rheumatoid arthritis, Lupus and Celiac Disease are just a few of the hundreds of types out there. They all fall under the umbrella of “autoimmune disease” because they all do the same thing: the immune system malfunctions and the body begins attacking itself. Susanna Cahalan has a type so rare it was only named in 2007: Anti-NMDA Receptor Encephalitis. In short, her immune system was attacking her brain. It is potentially lethal but is ultimately treatable.

Reading the account of what happened to Susanna is chilling to say the least. She has no memory of several weeks of her life when she was in the clutches of this disease. But she has her family’s accounts and journals and the doctor’s notes to fill in the gaps. There is even video of her from when she was in the hospital–she was in with epilepsy patients who were constantly being recorded because of seizures.

I mentioned above that there are hundreds of types of autoimmune diseases. My own mother has not one, not two, but three different ones: fibromyalgia, interstitial cystitis, and myasthenia gravis. Similar treatment of IVIG (Immunoglobulin Intravenous treatment) seems to work for her as it did for Susanna. Basically it puts healthy antibodies in your blood to combat the ones that are trying to kill you from inside out.

Susanna mentions in the books that these treatments can run upwards of $20,000 a pop. My mother was having them once a week for months. Without health insurance I am not sure my Mom would still be around. I know Susanna Cahalan wouldn’t. It makes me ache to think of the folks out there who can’t afford this lifesaving treatment.

I also ache for the folks out there who have spent years misdiagnosed. Before they confirmed Susanna’s disease they thought she might have bipolar disorder, schizo-affective disorder, postictal psychosis. One neurologist even told her she was partying too hard.

The scary thing about these autoimmune diseases is that the body has discovered endless mutations on how to attack healthy tissue with its immune system. Doctors and pathologists are discovering more all the time. The good news is that a large number of them are treatable with IVIG.

I didn’t want this book review to turn into a rant about the healthcare system in this country, but here we are. If we can’t find a way to treat all regardless of bank account, a lot of people are going to suffer horribly and die needlessly.

But you already knew that.

One life, infinite lessons. One mind, infinite creations. One pen...

Weekly suspense serials and other literary snippets. Don't forget to support by following!

How to be cool

I dont have the answers, just a lot of questions.

Where words are magic

the experience of writing your first novel

A blog by Dr. Abhinav Majumder

"A girls best friend is her mutter."-Dorothy Parker

Book Reviews by Emma b Books